Just over 100 participants participated either at the Friday night McMenamins Ringlers Ice Breaker, or at the Saturday marathon sketch crawl, or both. 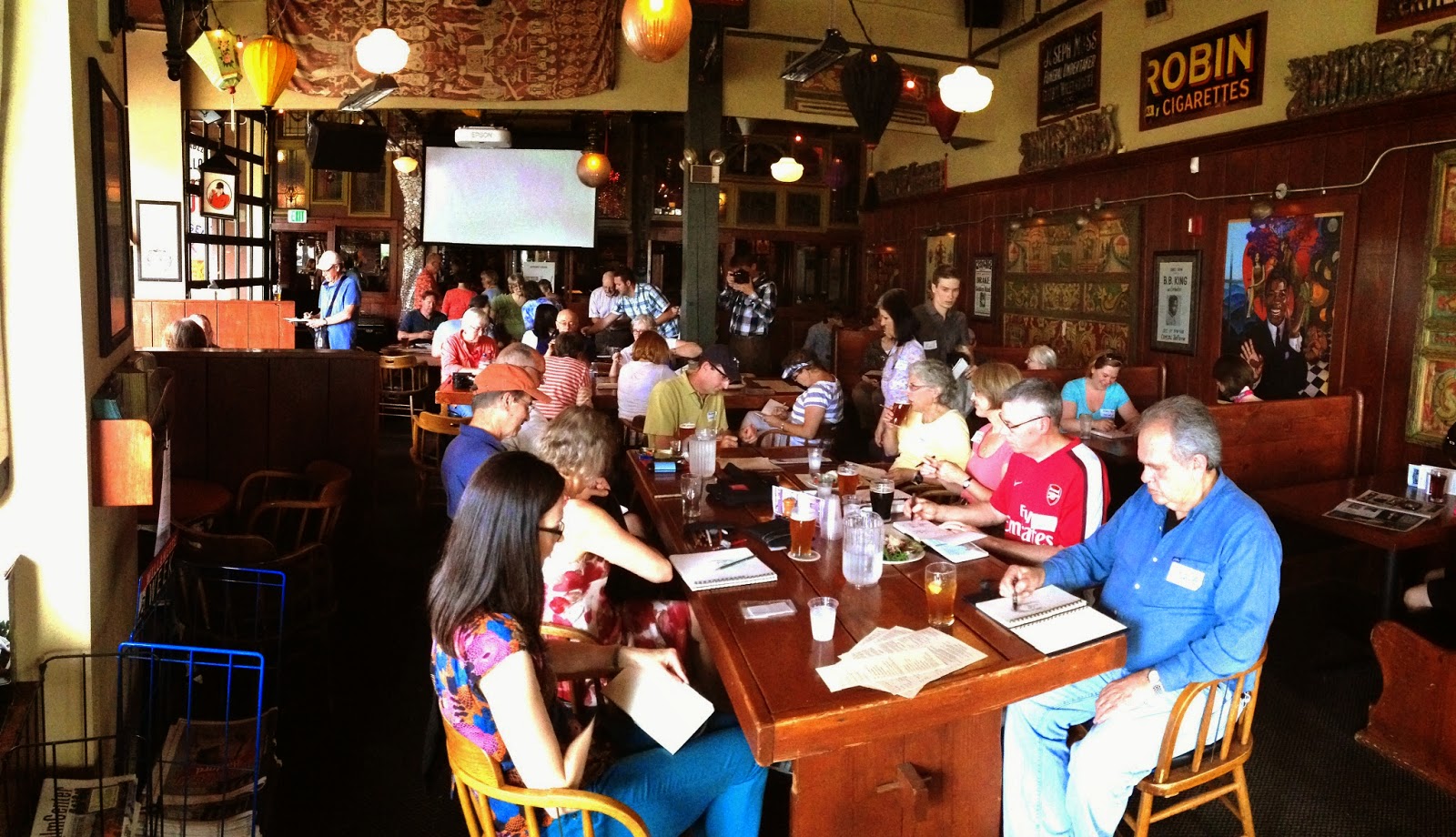 We had a great time enjoying dinner, drink and portrait sketching all at the same time Friday evening. And with 82 of us there, few sketched everyone, but everyone sketched someone.  What fun, I didn't want to leave. 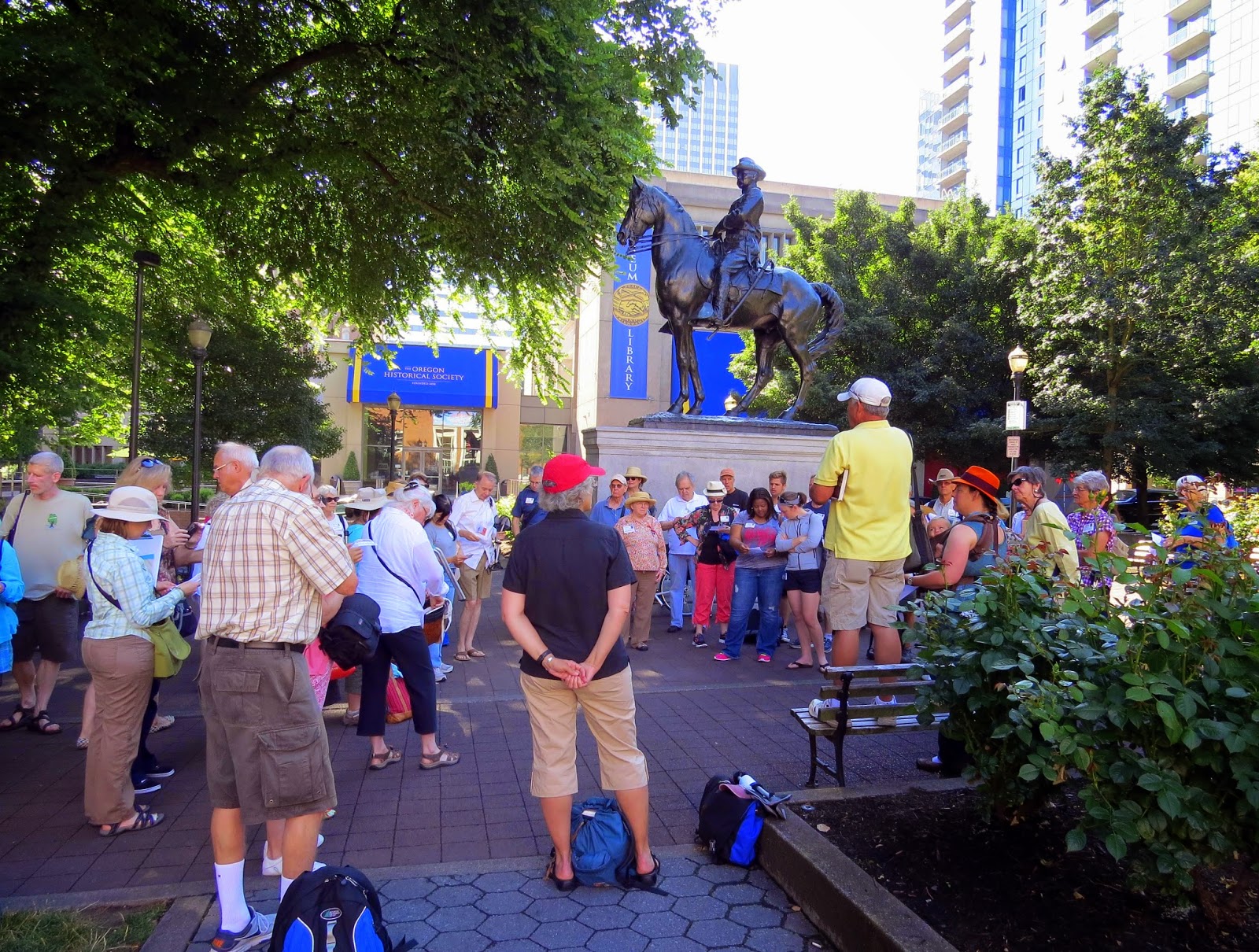 Saturday kicked off beneath Teddy Roosevelt, and his horse, in front of the Portland Art Museum at 9:30am.  Sketchers then moved about the South Park Blocks, mostly toward the southern end where a huge Farmers' Market was underway.

At noon we met up in the plaza alongside the Portland Art Museum, who set up our tables, for our sharing and group photo. 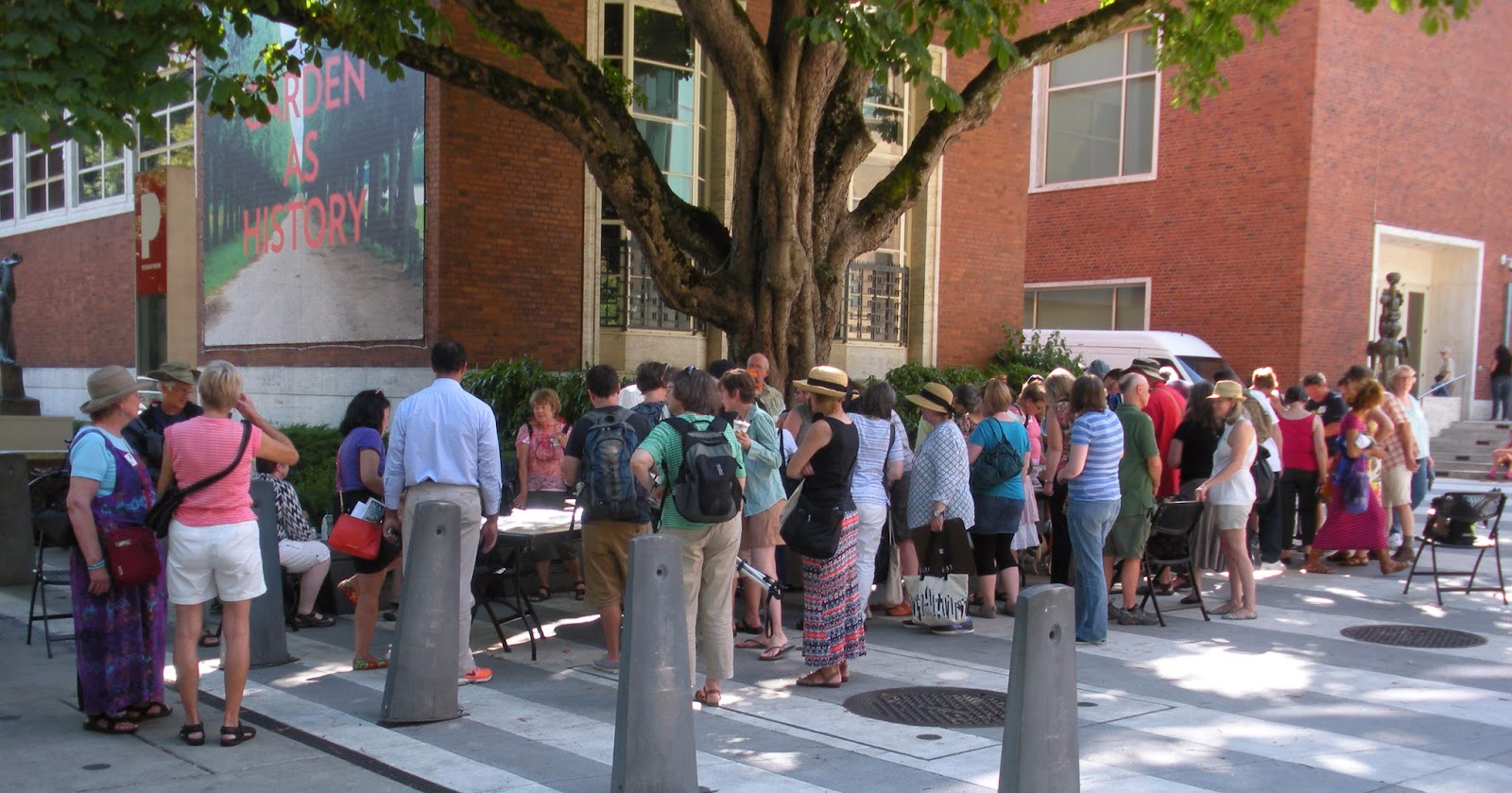 After the photo, folks were on their own for lunch and more sketching more toward the northern end of the parks and beyond if they so chose until our final sharing at 4pm back at the museum. 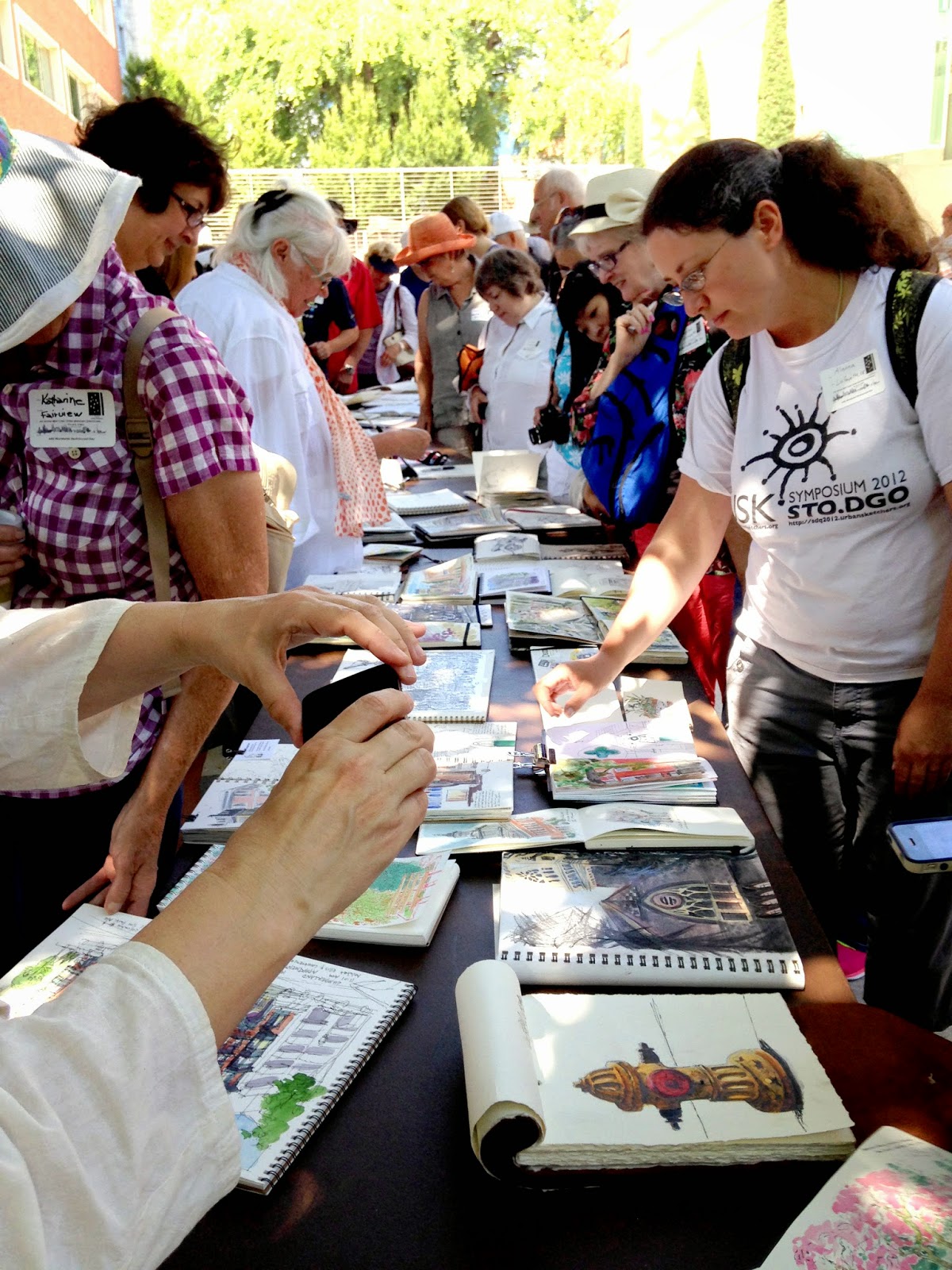 It was a great event, and the accolades go to the Portland Planning Team led by Katura Reynolds, admin for Urban Sketchers: Portland.

Thank you, Katura and team.

See all of you at Balboa Park in San Diego for the "3rd Annual West Coast Urban Sketchers Sketch Crawl" next summer!!

Would it be possible to host/post a higher resolution image of the group photo?
Kate

Hi Kate, not with this particular photo (taken by the Oregonian reporter). I am hoping one of the others will eventually appear, somewhere, so I can change them out. I agree, this one is weak. JB

Join us this July in Portland. 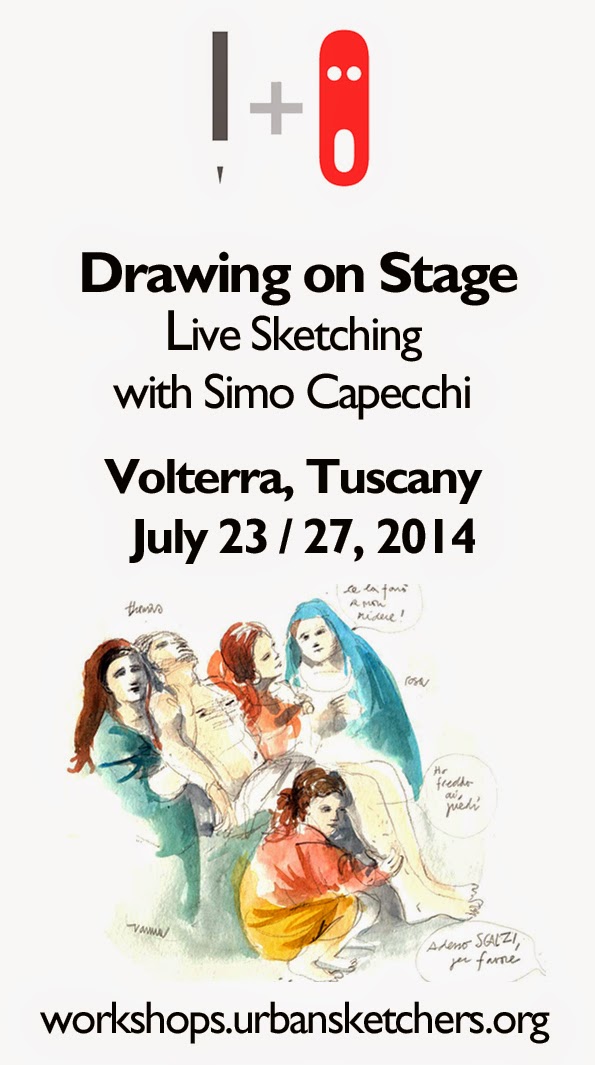 Our Host This Year

The Worldwide Sketchcrawl is the creation of Enrico Casarosa. After a successful evening of pubcrawling the idea came to him for the sketchcrawl. It is now a global phenomenon. Visit the main blog at sketchcrawl dot com for more information.